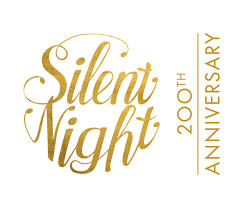 I was there! Singing! A Facebook friend posted the announcement for this event, and I impulsively decided to attend. The “Messiah Sing” is a common December event, but this offering (on December 17, 2018) was a surprise. Several factors combined to bring it about.

This year is the 200thanniversary of the carol’s first performance. John Conahan wrote a new arrangement of the familiar tune, and offered it for performance by all who wished to attend, using the atrium of the Kimmel Center on Broad Street in Philadelphia as his venue.

Conahan’s arrangement is gracefully classical and includes interesting modulations of pitch. It was challenging (for me) to sight read, but well within the grasp of a good high school or church choir. Silent Night has always been a gift to the conductor who loves dynamics.

Conahan has generously put his arrangement into the public domain. so groups can perform it without worrying over copyrights or royalties.

You can find it on YouTube.com by Googling “Silent Night SING-IN in Philadelphia”.

This recording isn’t great – 1200 singers with barely any opportunity for rehearsal, with the unpredictable acoustics of a lobby rather than a concert hall… Better versions will soon be achieved.

Music brings people together. Silent Night is a song of love and peace. And hope! Conahan used his talent, connections and technology to toss a gift into the future. This is cause for happiness all around.