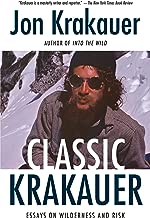 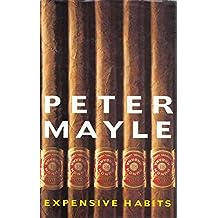 Expensive Habits is an amusing discussion of the ways you can spend LOTS of money, if you have it.

Other Peter Mayle books I have read:

This could be tedious, but Mayle is so charming it’s easy to accept his obsession with the south of France. His descriptions of the countryside are so beautiful. But his best prose is saved for food and wine.

Definitely an author for travelers!

This is another “I didn’t read the book” report, and, again, it’s based on the fact that I heard the author speak. The University where I am employed regularly celebrates Constitution Day. Now THERE’S a “holiday” I can get behind! A distinguished guest is invited to campus. (These are generally the caliber of speaker that requires payment.) The speaker visits classes, lunches with a select few and offers an address open to the entire community, campus and neighborhood.

I had absolutely no idea what to expect from Bryan Stevenson. His topic was “Racial Justice and the Constitution”. But he began by talking about himself, his education and how he became involved with advocating on behalf of death row inmates. He described being sent with a message to a condemned man, informing him that he was not going to be executed for at least six months. He kept apologizing – “I’m not a real lawyer, I’m just a student” to a man so desperate that this was GOOD news.

Stevenson’s other anecdotes were of human contact, with prisoners and others including prison guards.

Stevenson held the large audience spellbound. I can’t imagine a better speaker for students to hear. Mass incarceration is one of the crucial issues of our era.

When asked what an individual can do, Stevenson’s main point was that you can’t solve social problems from a distance. You need to get close – visit or correspond with a prisoner, support a prisoner’s family, etc.

I haven’t read this book, but I know its good. How? I heard the author speak, shortly after the book was published in 1974. And the gist of his story stayed with me so clearly that I spotted his obituary in the New York Times last week (September 9, 2016)! John Coleman died at age 95, after a life of intellectual adventure and social activism.

Coleman was the first non-Quaker president of Haverford College, serving from 1967 to 1977. In the middle of that period, he took a sabbatical and worked as a garbage collector, ditch digger and salad chef. As President of Haverford, he abolished football (I heartily approve), encouraged antiwar protests and campaigned for coeducation, eventually resigning when the College’s Trustees wouldn’t open the doors to women. (They did so shortly thereafter.)

If you want to read Blue-Collar Journal, good luck. My local libraries don’t have it. I’m sure Interlibrary Loan would come through. Amazon has a few copies, but at $156.87 I won’t buy it. I hope a Kindle version will be offered soon.

Interestingly, I found another book entitled Blue Collar Journal available on Amazon. It’s by one Richard Cronborg, a retired heavy equipment operator who seems to have jumped, upon retirement, into blogging, Facebook, poetry and self-publishing. I doubt the two authors ever met. But what wonderful gifts their writings are!

I read this book years ago, probably not long after it came out in 2003. I found it as I pursued my (literary) interest in mountains and climbing. (Into Thin Air by Jon Krakauer is one of my top ten favorite books.)

Case histories make up the heart of this book. I guess we all read about disasters and wonder “Would I have been a survivor? Or a statistic?”

Gonzales treats survival as both an art and a science.

I decided to put my fictional hero Mark Watney (of The Martian) up against Gonzales’ list of survivor traits. How does Mark do?

First of all, Mark manages to believe that the “impossible” has happened. He survived a series of mischances that left him alone on Mars. (Denial wasn’t going to help.) He scores very high indeed on thinking and planning, and he was superbly trained. Humor is important, and Mark is an unapologetic wise guy.

What about play? Gonzales emphasizes the importance of having “stuff in your head”, like poetry, stories, mathematical problems or prayers. Mark is short on this, but in his high tech world, he raids his departed companions “entertainment” files, reading murder mysteries, listening to disco and watching re-runs of old TV shows.

What else? Gonzales emphasizes persistence, but doesn’t say that much about creativity. Watney was creative, and came up with the highly improbable intervention that led to the book’s happy ending.

Most important, I think, in Gonzales’ analysis, was that Watney did things even when they didn’t seem likely to work. Like growing potatoes. So I would say that Mark Watney rated about 60% or 70% against Gonzales ‘ list of survival supporting characteristics. But, hey, its fiction…

Who should read Deep Survival?

Gonzales has published another book entitled Surviving Survival – The Art and Science of Resilience. I plan to read it.

This book was an interesting antidote to Harry Turtledove’s eccentric fantasy fiction version of World War II. (See my blog entry dated March 24, 2016.) Beyer and Sayles wrote about the real World War II, and about DECEPTION as a tactic. These soldiers were officially known as the US Army 23rd Special Troops.

The trickery fell into various categories. First was camouflage. No surprise. But it was pursued at a very sophisticated level, and led to the assembly of a group of soldiers with exceptional artistic talent. Camouflage was needed both in the US (where it was assumed that Nazi spy planes might fly overhead), and in Europe, where troop movements needed to be disguised. Camouflage became less important as the War in Europe progressed, because Allied air power countered German spy missions.

The remaining measures were intended to confuse the enemy about the location of key military divisions, and to make the Allied forces look much more numerous and formidable than they were.

The techniques used were visual deception, sonic deception and radio deception, plus some “play acting”.

Visual deception meant setting up “dummies” or fake equipment, mostly tanks and guns. Inflatable rubber tanks and arms were used to create the impression of battle ready troops where none were available. (Inflatable people never worked out.) This could not have been believable without the addition of “sonic” deception. Any army on the move is noisy! Carefully prepared, highly realistic recordings were blasted through truck mounted speakers. But the whole performance had to be supported through radio deception. The enemy was always listening. Carefully scripted transmissions would continue long after a fighting division had left an area and been replaced by a deception team. Deceptive Morse code transmissions were also broadcast.

And a final layer of trickery was added. The soldiers of the deception team would change their uniforms and the markings on their vehicles, and sometimes impersonate a specific high officer to convince the enemy of the location of a particular unit. Some “disinformation” was planted.

All of which added up to very dangerous work. The deception teams worked close to the enemy and were not heavily armed. Secrecy was essential. They were supposed to draw fire without getting killed.

Did it work? Information about the “ghost army” was classified for decades after the War, but the overall consensus was that their actions saved many lives, and may have been pivotal in the Battle of the Bulge. Had the enemy known of Patton’s weakness, perhaps he would have been overrun. (This oversimplifies a very complex situation.)

The deception teams included many artists. Although notes and journals were prohibited by security regulations, the artists were never separated from their sketchbooks. These books and their letters home constituted an amazing visual archive of World War II.

This book was preceded by a documentary film and a exhibition catalog. This may explain its slightly awkward style. But it is well worth reading!

This book didn’t work for me. It should have – I like memoirs and family histories, and I like the American Southwest, having spent the summer of 1987 in Santa Fe. While I was there, I made a special effort to read “southwestern” authors, like Tony Hillerman and Oliver LaFarge.

Two things interfered with Nordhaus’s effectiveness. One is that the story she had to tell just wasn’t all that compelling. The deep, dark secret at which she persistently hinted didn’t exist, or couldn’t be uncovered. The other problem was her decision to consult a variety of supernaturalists (mediums, spiritualists, “readers” etc.) and included these efforts in the book. Too silly for words!

The good aspect of this book is that it documents the experiences of German Jews in the American Southwest. Santa Fe is an old, old city and it’s good to have this part of its past clarified. I would say this book is of interest to historians and sociologists, not the general reader like me.