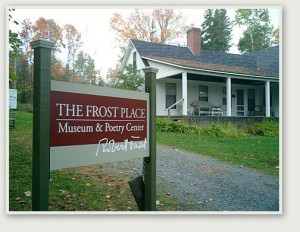 There’s a piano on the front of this book, but it’s funny looking. There’s a black key in the middle, with three white keys on each side, then alternating black and white keys, uninterrupted. Some of the black keys bear distinguishing marks. Who could play this mutant instrument?! What would it sound like?

I play piano, read music competently and occasionally sing in a chorus. I knew a little about the issues involved in piano tuning, but I had NO IDEA how long, convoluted and contentious was the historical path that led to our modern tunings and the pair of scales we commonly hear and employ (major and minor).

I would rate my understanding of this book at about 50%. Isacoff plunges into mathematics (including geometry), Egyptian, Greek and European history (including astrology and alchemy), psychology and philosophy as he discusses how we got to where we are today.

European music was initially greatly influenced by “the ancients”, the Greek philosophers. These were wise men, but some of their ideas about music were out of touch with physical reality, and it took a long time to sort things out. Music inherently requires selectivity. You can’t use every tone, every interval. Why do some tones or intervals sound good, others “dissonant”? Why does music have so much emotional impact? What kind of music is “natural”? Is there a link between music and morality?

Of course I want to hear some of the music referenced in this book, especially the intervals and the infamous “wolf” tones that emerge from certain tunings. Another reason to dig in to U-Tube.

A reviewer for the Los Angeles Times called this book “a whirlwind tour of Western culture’s big ideas…” That sums it up very well.

When I was eight, I wanted ballet lessons, but my parents decided I should learn piano. I wasn’t very cooperative, but I kept at it for five years. Piano was supplemented by ten years in church and school choirs. I can’t imagine my life without that musical training!

Years later, I signed up for the beginning ballet class in an Adult Education program. Our teacher did us the wonderful favor of taking us seriously, teaching us carefully, and EXPLAINING ballet. Over time, our creaky stiffness gave way to increased strength, flexibility and body awareness. And we began to learn how to look at dance and dancers!

Celestial Bodies is a wonderful book! I found it quite by accident on the Library’s “recent arrivals” shelf, and I couldn’t put it down. Laura Jacobs is a dance critic who is in love with ballet at every level – musical, visual, historical… Early in the book, she discusses one of my fascinations, “pointe”, or dancing on the tips of the toes.  Pointe is just for women. How do they DO it?? Why is it so interesting and pleasing?

Laura Jacobs approaches ballet from many angles, even discussing yoga as she details how a dancer uses the foot and positions the body. She specifically mentions the yoga posture called Warrior III and its relationship to “arabesque”.

Jacobs many references to specific ballets make me glad to live in the age of U-Tube. I will be able to look at the works and artists she lovingly describes.

This book is highly accessible despite the use of French terminology and dance jargon. Read and enjoy!

A fringe benefit of my job is on-line access to The Chronicle of Higher Education, a must-read for college and university employees and anyone who supports or utilizes our strange and complicated system of post secondary education. The Chronicle covers everything from the fall of Silent Sam at the University of North Carolina to classroom access for underserved student populations. Every day, there’s something worth reading, and I always check the column called “Lingua Franca”.

“Lingua Franca” is all about language, and offers blog entries from a dozen academics, all highly credentialed, opinionated and amusing.

The article that motivated me to write this review was published on September 9, authored by Allan Metcalf (English professor and forensic linguist) and titled “Who is Anonymous? An Extraordinary Writer”. The anonymous missive was published in the New York Times around September 1, talking about President Trump and the discontents of his highest advisors. Of course everyone wants to know the source. Personally, I’m astonished that a paper with the stature of The Times published an unsigned document.

Metcalf’s discussion relies on rhetorical analysis and a variety of forensic linguistic approaches. (I’ve read several popular works of linguistic forensics. Remember the Unabomber?) I realize that my education, which was strong on grammar, gave little attention to rhetoric.

No, Metcalf does not put a name to Anonymous. His conclusion? “…look for someone who is noted for her or his extraordinary command of language, who knows how to recruit the exact right words and deploy them artfully and memorably in sentences and paragraphs and whole essays. Abraham Lincoln comes to mind, but he’s not eligible”.

Wow! That is high praise. I’m okay with leaving “Anonymous” alone for the time being, but I hope I live long enough to learn his or her identity.

Amazon is having time trouble – you know, publishing reviews of a book before its publication date… Somebody better call the Chronopolice (Literary reference! Get it?) But, hey, Amazon is supposedly remaking America. So what if they mess with time?

The three reviews published by Amazon award Gulley one, three and five stars. The jury is still out.

The first two thirds of this book constitute a memoir. Gulley’s personal history is interesting, but bashing the churches of his childhood is small minded. Humor should be used very gently in such writing. Every author should have a “humor editor”, to help achieve desired tone and balance.

I liked the later part of the book better, when Gully wrestles with contemporary issues and discusses the role of change in spiritual life. Can you change your mind about an issue and remain faithful to your spiritual tradition?

So how did I acquire this book? It arrived unsolicited in the mailbox at my Quaker meeting. The publisher seems to have been unaware that there are several kinds of Quakers. Gulley is a pastor and has spent his adult life in paid employment with a Quaker congregation. My kind of Quaker, generally referred to as “unprogrammed”, does not ordain pastors or employ paid spiritual leadership. Nonetheless, we decided to look at Gulley’s book in our discussion group. His informal and lively approach worked well for us and supported several good sessions, so I recommend it to anyone interested in the role of faith in contemporary life.  But it’s far from the “whole story” when it comes to Quakerism!