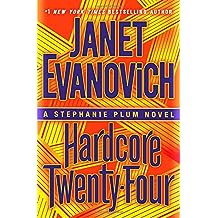 Another romp through Trenton, NJ, and the wacky life of Stephanie Plum, bail bond enforcer and woman on the loose. Stephanie and her sidekick Lula are always tracking down miscreants, some of whom are dangerously antisocial. She’s helped by her three “boyfriends”, a police officer, a private security expert and a psychic superhero from another dimension. Everything goes wrong, as usual, but our heroine survives. Don’t stop writing, Janet. New Jersey loves you! 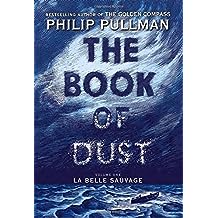 This book is a (sort of) prequel to Pullman’s “His Dark Materials” trilogy.

Pullman wrote this trilogy between 1995 and 2000. JK Rowling wrote the seven Harry Potter books between 1997 and 2007. Each series was oriented towards young people and each generated a well developed alternate (fantasy) world and world view.

People (like me) who raised kids born from, say, 1975 to 1995 were likely to find themselves immersed in one or both of these literary bonanzas and their associated alternate worlds. What began, for many families, as read aloud frenzies, later evolved into pitched battles over who got to read an eagerly awaited, newly released book first. Adults have been known to stay up until all hours with The Deathly Hallows or The Amber Spyglass.

Two copies of La Belle Sauvage (released October 19) turned up at our now all-adult Thanksgiving family gathering. Serious discussion was devoted to which alternative world is more compelling, Hogwarts or Lyra’s Oxford. Pullman beat Rowling by a narrow margin. None of us could resist the idea of having a daemon.

What’s a daemon? In Pullman’s alternate world, every human has an animal “familiar” which reflects aspects of his or her personality. In classical Greek mythology, a daemon is a “natural spirit which is less than divine”. (Loosely paraphrased from Wikipedia.) In Pullman, a child’s daemon changes animal form from moment to moment – an adult’s is fixed. A person’s daemon provides loving companionship, support, insight… To be separated from one’s daemon is unbearably painful. Pullman makes this complex conceit feel natural.

La Belle Sauvage is a fantasy/adventure story written for young adults. There is nothing condescending about it. The protagonists (a boy of 11 and a girl of 14) living in a place rather like Victorian Oxford, are drawn into adult conflicts that mix politics, religion, science and philosophy. They end up guarding a baby in the midst of a natural disaster. It’s the battle between good and evil, narrated with flair and energy. I couldn’t put it down.

Like the Harry Potter series, Pullman’s books have been labeled a “bad influence” on young minds. “Anti-religious” is one of the claims.

Read La Belle Sauvage! If you haven’t read the Dark Materials trilogy, go for it. I’m planning to order some of Pullman’s other books, and will report on them soon. 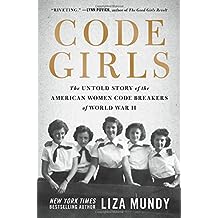 I had high hopes for this book before I even opened it. Why? Because the group of smiling young women on the front cover seemed eerily familiar. A face very like theirs looks down from the mantel in my living room. My mother-in-law JRC was a “code girl”, an officer from the first group of women accepted into the Navy during World War II.

Mundy points out that the United States differed from Japan and Germany in its response to the challenge of global war. The US consciously and intentionally mobilized its women, taking advantage of a large pool of educated and willing workers. This was not done without considerable ambivalence. Mundy describes an assembly at which the women were treated to a detailed analysis of what was “wrong” with the use of women to serve military interests. Pretty much everything! The women refrained from expressing anger or amusement. I wonder if the speaker ever developed any insight into his own myopic boneheadedness.

I met JRC when she was almost 60, and contributed two of her (eventually) eight grandchildren during the next decade. Her death at age 85 (in 2005) was a grievous loss to me and all her large and loving family.

We all knew that JRC loved puzzles and codes. She said her interest started when she read Edgar Allan Poe’s popular short story “The Gold-Bug”. See Wikipedia for a good discussion of this thriller!

It’s tempting to continue with personal reminiscence, but I feel that my mother-in-law’s story is not mine to tell. Perhaps I’ll discuss this with family and ask how they feel about it. Like most of the “code girls”, JRC didn’t say much about her wartime military responsibilities.

In the meantime, I loved Code Girls and recommend it without reservation.