This little book (172 small pages) could probably be classified as “magical realism”. It contains just a hint of the supernatural, the appealing notion that books respond to people, want to be read, want attention. Aside from that, it’s a simple story about the transformative power of reading. Anyone who ever REALLY gets lost in a book will understand.

Juliette lives a safe and quiet life, but she’s endlessly curious about the people she sees reading books on the Paris metro. She stumbles into a place marked “Books Unlimited”. It’s not quite a store. Sometimes it’s referred to as a “depot”. It’s not clear where the books come from, but they arrive in a steady stream.

Before the dust settles, not only has Juliette quit her unsatisfying job, but so have her two colleagues, each moving towards fulfillment of a happily cherished dream.

This book is being marketed for Book Clubs. I think it will be popular! I could happily spend some time imagining backstories and alternative futures for Feret-Fleury’s loveable characters. And there’s an extensive book list included!

Genre: cozy southern chick lit. What else do I need to say?

This book takes place on a coastal island near Charleston, South Carolina. It’s narrated alternately by a mother and daughter. I found the daughter, Jackie, to be the more sympathetic character. Jackie and her (deceased) husband were professional risk takers – she as an Army nurse (several times deployed to Afghanistan) and he as a New York city firefighter. His tragic death causes Jackie to end her military career in order to care for their ten year old son Charlie.

Jackie takes Charlie to her childhood home on in South Carolina. Her relationship with her (estranged) parents is tense. But all is resolved, Jackie finds a new relationship, and the family lives happily ever after. A bit sentimental, but pleasant. Just the book you want for a rainy afternoon or a pandemic. 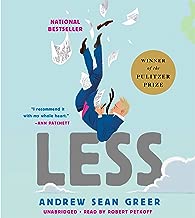 Once again, the January cold. I’m pleased to say it was not as severe as last year (see January 4, 2016), when I lost a whole week to coughing and general misery. Judicious use of OTC medications got me back on my feet promptly.

But I did some therapeutic reading, of course! Janet Evanovich came through with her 23rd Stephanie Plum novel. The usual lightweight plot, but, hey, the characters are old friends and Trenton is still Trenton. Keep it up, my friend!

A random grab at the public library yielded up “The Mistletoe Inn” by Richard Paul Evans. A Christmas romance was just the right thing! The setting (a writers conference) was fun but the romancing couple took off to Bethlehem PA, which actually sounded like a European Christmas market. Maybe I need to check out Bethlehem one of these years! (Or Europe in December, for that matter.) Our heroine had suffered a run of selfish sweeties, so it was great to see her find love and marriage with a man who appreciated her. This book is part of a series, so maybe I’ll try another next year.

See my blog post of August 7, 2016, for information about Simsion’s earlier novel.

This is the second novel about the autistic genius Don Tillman and his brilliantly flamboyant wife Rosie. Don is still trying to figure out “normal people” and emotions. His wife’s unexpected pregnancy throws both wife and husband for a loop.

Simsion draws out the confusion extensively – hey, that’s what romantic comedy is all about! Along the way he creates some great characters. There’s Bud (baby under development), and Aaron the Air Marshal ( assigned to determine if Don’s autistic behavior means he’s going to blow up a flight to LA) and the B-team, three researchers dedicated to explicating the reactions of babies to lesbian mothering.

This book is wildly funny. Read it for good laughs! I hope for a sequel.

I read this novel because I watched someone react to it – she kept laughing. The premise (“it isn’t easy being autistic”) isn’t funny. I enjoyed The Rosie Project much more than I expected. It’s funny AND engaging.

Don Tillman is an autistic genius with a research and teaching appointment in genetics at an Australian university. He knows that his social skills are lacking. Deciding that life would be better with a wife, he designs a questionnaire that he expects will find him the ideal candidate. He also knows he needs practice in dating and socializing. A friend throws a “wildcard” candidate at him. Rosie fails to qualify according to several of Don’s criteria, but she attracts his interest.

Don refers to his quest as The Wife Project. Rosie has a quest of her own, The Father Project. She wants to find her genetic father.

Don and Rosie adventure boldly together, despite the confusion generated by their wildly different mental habits, and form an intense romantic bond.

Recently I read an article (on Facebook?) about the concept of “cognitive diversity”. It has been suggested that problem solving by groups would be improved by the intentional inclusion of people on the autism spectrum. In theory, the differences in the world view should improve decision making outcomes.

I have a further suggestion. What about brain injury survivors? Surely a person who makes a comeback from a major brain injury has a brain that is “different”, with major use of alternative pathways and other “work arounds”. Might he or she see something important in a situation that others would miss?

Meanwhile, I’m going to download Simsion’s next book, The Rosie Effect, against my next train trip or rainy afternoon. Or for when I need a good laugh.