Tony Hillerman (1925 – 2008) is one of my favorite authors. His books prove that novels and mysteries need not be placed in two separate categories. I can’t define “literature”, but I know it when I read it.

Talking Mysteries was published in 1991, when Hillerman was about halfway through his eighteen book Joe Leaphorn/Jim Chee mystery series. He had already received the award he valued most, the Special Friends of the Dineh from the Navajo Nation Council.

Talking Mysteries is the kind of book publishers throw together when they realize they have a winner in their midst. A few interviews, a short story. Some commentary…

Who was Ernie Bulow? A man of many trades (including trader), he wrote (including a book called Navajo Taboos and two other books of “conversations”) , taught and practiced the arts of photography and silver smithing.

The icing on this cake is a set of sketches from Navajo artist Ernest Franklin, who illustrated some of Hillerman’s novels. On line, I found the even more exciting paintings by Franklin. My thanks to Parrish Books for the thumbnail image reproduced above.

Hillerman was a prolific writer, and we are fortunate he wrote an autobiography called Seldom Disappointed: A Memoir seven years before his death. I recommend it highly.

This book was published in 1938. It’s about half fiction and half ethnography. The combination works! Amazon lists it as being for ages 9 – 12 years, but I wouldn’t call it a children’s book.

The plot… In 1692, an English ship bound for the Jamestown, Virginia, colony (established only 5 years previously) is struck by a storm and young Dickon is washed overboard near what is now the New Jersey shore. He is found by the native Lenape residents and taken to Turtle Town on the western (Pennsylvania) bank of the Delaware River.

Dickon fears for his life, but the village leaders decide he is human (not a demon!) and keep him alive. His initial status is that of a slave or servant.  He is handed over to an old woman who lives alone. She is good natured and instructs Dickon in both Lenape language and a wide variety of skills and chores that are important in the village. Dickon and “Granny”, as he thinks of her, become close, and when she dies, he grieves.

Eventually, Dickon is formally adopted into the community, which numbers (I think) fewer than 100 people. He lives in Turtletown for about two years, before being “rescued” by an English ship.

One thing to keep in mind is how badly the English Jamestown colony was doing at that early date. They were starving on land that supported the native population in good health, and their understanding of the original culture was minimal.

I wondered, as I read descriptions of hunting, gardening and wood gathering, if the Turtletown community described was pushing against its ecological limits.

Dickon Among the Lenapes book is wonderfully descriptive, enhanced by numerous drawings (by Clarence Ellsworth) and maps. Supplementary material includes introductions from 1938 and 1963, plus ten pages of commentary on the Lenape language, with vocabulary. The 1963 introduction was written by Rutgers University scholar Mary Gaver. The curious reader is directed to the New Jersey State Museum in Trenton and institutions in New Brunswick and Newark.

Harrington, who died in 1971, wrote as follows: “To The Survivors and Descendants of the Lenape Who Unfolded to Me Their Heritage, This Book is Affectionately Dedicated”. He names two Lenapes and one Seneca who assisted him in his research and writing. I was surprised that the two Lenapes did not live on historically Lenape land, but rather in Oklahoma and Canada. In addition to the Lenape name “Jiskogo”, Harrington was given names by three other tribes. His field work was extensive and very thorough.

Harrington wrote a second novel describing Dickon’s further adventures among other tribes in the Iroqois Confederacy. I hope to find a copy.

The Tale Teller is subtitled “A Leaphorn, Chee and Manuelito Novel”. Hillerman catches my attention so quickly and completely that I ignore the pings of my cell phone. (This is saying a great deal.)

Like her deceased father Tony Hillerman, who started writing his Navajo mystery novels in 1970, Ms. Hillerman writes about a few characters who start to seem like old friends. The trio featured in this book are familiar.

These books delve into various aspects of Navajo life. In The Tale Teller, history is crucial. The cultural element of witchcraft is also explored. What did it mean in the past? What does it mean to the contemporary characters we meet, who live in the dual worlds of reservation life and 21st century America?

All this is seamlessly woven into an exciting police procedural/mystery. Don’t miss it!

University Press of Kansas, 2018, 215 pages plus Glossary (Native American Terms and Phrases, also designations of weapons), Dramatis Personnae (Echohawk and his comrades used both Native and mainstream names, as well as tribal affiliations) and Index. More than one hundred portraits, sketches and photographs.

In early June, my local public library featured a display of books about World War II, in honor of the D-Day anniversary. I grabbed two books. Drawing Fire caught my attention because of the generous inclusion of artwork, most produced on the battlefield by the author.

Don’t you love the name Echohawk? Brummett Echohawk was born in 1922, into a Pawnee family long connected with the American military. At age 18, he joined the Oklahoma National Guard. His unit, which included more than 1000 Native Americans, was deployed in the retaking of Italy in 1943. This memoir is a battlefield classic.

Echohawk identified as both a soldier and a warrior, bringing TWO lives, languages, skill sets and worldviews into the war. “Warrior” carries profound cultural/spiritual weight in addition to what English speakers generally mean by “soldier”. In addition to being bilingual, the Pawnee (and members of other tribes) used sign language (hand signs) which improved their communications. They also used animal calls to communicate between units, usually just to say “We’re here, good night” but occasionally to warn of danger.

It’s not clear to me just how Echohawk wrote these memoirs. Diaries and journals are discouraged (forbidden?) on the battlefield, because they could reveal classified information to the enemy. Echohawk was a diligent artist, drawing at every opportunity. Some of his sketches are on stationery provided by the Red Cross – many are tattered and stained. Most are annotated with names and locations. He sketched prisoners of war as well as soldiers from various allied nations. Many of his subjects were his closest friends, not all of whom survived.

The recapture of Italy was grueling and sometimes seemed impossible. At one point, Echohawk’s infantry division was told to prepare for the possibility of being overrun and captured. He ripped out the front page of his Bible, because it identified his Army unit, but then he hid it in a sketchpad. The native American fighters discussed their dilemma – Pawnee warriors (who call themselves “Men of Men”) do not surrender, but American soldiers follow orders, surrendering if their superiors tell them to.

The war ground on and on. Everything was in short supply, even water. The soldiers rigged improvised weapons and haunted the first aid stations (from which the injured were being evacuated) to replace their destroyed uniforms and to scavenge parts for their guns. The scale of waste and suffering and loss is hard to comprehend.

Echohawk survived the Italian campaign, returned home and died in 2006, after a distinguished career as artist and illustrator. Read this book! 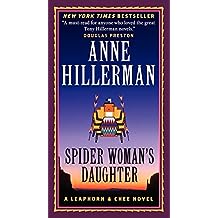 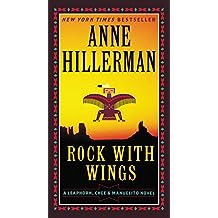 I don’t often read two works by the same author back to back. After reading Living at the End of Time, I wondered why John Mitchell’s earlier book Ceremonial Time (1984) was described as a “cult classic”. It didn’t take me long to figure it out.

At its most obvious, Mitchell’s description of his Native American friends and their ritual dance was intriguing and, to me, unexpected. He develops a definition of “ceremonial time” as a condition when people or things from different eras can in some fashion coincide or overlap, and discusses his experiences of this.

In more prosaic historical terms, Mitchell describes the ecological and human conditions on his chosen square mile of Massachusetts from the end of the last Ice Age to the present. Although he resists much of the contemporary change he describes (highways, shopping malls, businesses and the loss of farmland), he gradually accepts them as a small glitch in a long pattern.

It’s when Mitchell discusses “the future” that I really accepted that this book is thirty years old. Much of “the future” he spoke of has arrived. And no doubt Mitchell has adapted to the internet, cell phones and social media.

Mitchell posits several fates for his beloved neighborhood of Scratch Flats – nuclear annihilation (odd that we don’t think about that much in 2014), the asphalt apocalypse (my term, not his), tribalism with a modern twist, and the return of the Ice Age. After all, geologic history suggests that this in an interglacial era. In 1984, he had not apprehended the threat of global warming.

Would he have considered global warming if he had written in 1994? In 2004? I don’t know. When did I “pick up” on it? I often claim foreknowledge based on having watched the movie “Our Mister Sun” in 1960. I studied atmospheric chemistry in the 1970s, but that was oriented towards protecting the ozone layer and understanding photochemical smog. The climate impact of carbon dioxide was not on our agenda.

When did I BELIEVE that global warming would hit hard in my lifetime? Some time between five and ten years ago. And I am, after a fashion, both a scientist and an environmentalist.

Mitchell is an environmentalist and a story teller. He has important things to say in either idiom.