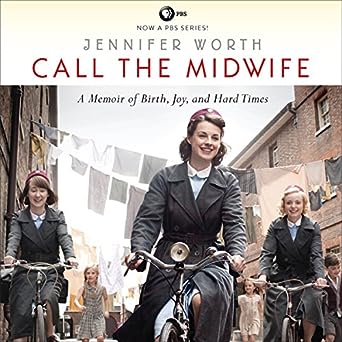 This book reminded me of The Guernsey Literary and Potato Peel Pie Society by Shaffer and Barrows, published in 2009. Each novel consists of a series of letters, diary entries and notices. Ryan’s novel seemed less “spontaneous” than Guernsey. Would anyone really write such wildly uninhibited letters?? But both novels, each dealing with British civilian life during World War II, make good reading.

The church choir in the village of Chilbury is deactivated when too few men are left in town to sing tenor and bass. The Ladies Choir’ takes its place, at first tentatively and then with vigor. Chilbury is located next to a city named Litchfield Park, possibly meant to resemble Bletchley Park, where Britain’s crucially important code breakers were headquartered.

Yes, there’s a spy among the characters. He turns out NOT to be a villain. Ryan creates interesting villains. One is predictable, a military man (a brigadier) who bullies his family and neighbors. But another is a midwife! (See my blog entry of May 24, 2018 about midwives in fiction.) The brigadier and the midwife enter into a nefarious scheme to insure a male heir for the brigadier. Other plots unfold. Many important characters are children and adolescents. Ryan depicts the impact of war on their young lives very realistically.

Ryan’s plotting is uninhibited – she throws in complications fast and furious. I couldn’t stop reading! One of my favorite characters was Kitty, the third child of the brigadier. At 13, she’s full of energy and curiosity, headlong and rambunctious and confused by the War and it’s impacts. She reaches out to other children and also to adults as she struggles to cope. There are enough interesting characters in this book to make me hope for a sequel. After all, the Battle of Britain has barely started!

What’s this got to do with Shakespeare’s romantic comedy, “Twelfth Night”? I attended a discussion of the play recently. Remember the identical twins, Viola and Sebastian, who are separated after a shipwreck? Viola disguises herself as a man, and is mistaken for her brother, who she fears is dead. Love at first sight strikes several characters, and giddy confusions ensues. Our discussion leader pointed out that “Twelfth Night” has a subtitle, namely “What You Will”. Our starting discussion question was “Is love something you WILL, or is it something that happens to you?” Great question! We talked for over an hour. Do you choose to love? Does reason play any role in love? No, we didn’t reach a conclusion.

In The Chilbury Ladies Choir, Jennifer Ryan depicts characters to whom love “happened”. They weren’t “looking for love”, but were taken by surprise. There are two couples, one young but sophisticated, the other older and burdened with sorrows. For each of these four people, love is a dangerous path.

The person who recommended this book to me said it was about music. This aspect was handled lightly and deftly, with occasional references to hymns and choral performances. Two other themes are change and leadership.

This book rises well above the “chick lit” or “beach reading” category. I’d classify it as high quality historical fiction. The echoes of World War I are important. Read and enjoy, but remember, war is hell.

How did I end up reading two books about midwives in the same month? Better not to speculate…

The first of these books was not worth the time it took to read it. Eakes is described (by Wikipedia) as a “romance author”. She does not do well by the genre. Her characters are relatively one dimensional. She’s got some kind of Christian/family values “agenda” going on which I found annoying.

The Secrets of Midwives was better. There are two main themes:

Carrying these threads through three generations, Hepworth writes a gripping tale. Some of the romance was a bit trite, but overall this was a good read.