My concentration was greatly impaired by the onset of the Corona pandemic, so I didn’t charge through these books as fast as I normally would. But they were great fun and provided the distraction I needed. Phrynne Fisher is entertaining, and Greenwood has assembled a robust collection of supporting characters.

Greenwood is an Australian author with a law degree and thirty or more books to her credit, of which I have read half a dozen. Recurring themes are feminism and social justice. In Unnatural Habits, Greenwood takes on the Catholic church. Unlike most writers in the mystery genre, her books include bibliographies, which is good because some plotlines strain credulity, and it’s worthwhile to learn what stimulated Greenwood’s imagination.

Unnatural Habits also includes an Afterword, in which she describes her uncanny personal experience in a convent she used as a setting. On its grounds, “…I walked into the most dreadful concentrated suicidal despair I have ever felt. Someone had stood at that window and really wanted to die. I ran.” How many authors share something like THAT?! Out of curiosity, I Googled Abbotsford Convent, now a conference/cultural center. It looks decidedly unhaunted, and is sorrowfully announcing temporary closure due to Corona virus. But where are the nuns? Not a habit in sight!

This book is the first in a series of mysteries. The tone is madcap. Phryne Fischer sometimes (annoyingly) reminds me of Catherine Hepburn in the early scenes of the movie “Bringing up Baby”. A real bitch. Entitled, as we say in the year 2020. A queen of conspicuous consumption. Fortunately, there’s more to Phryne.

The book takes place in Australia during the 1920s. Two prominent themes are drugs (cocaine, mostly) and illegal abortion. Fischer tackles both, and manages to get the better of some nasty bad guys.

A great book to read when you’re in the mood for a sassy heroine. 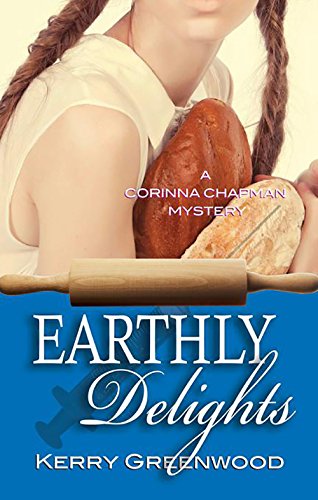