This article came out RIGHT after I read Dickon Among the Lenapes! It centers on Carol Dana, who was born on Indian Island, Maine, in 1952 and now holds the office of “Language Master” for the Penobscot Nation. I Googled the term “Language Master”, and found it to mean either a recent software offering or a very archaic term for a male language teacher. So the Penobscot use of the term is new and possibly unique. Why is it needed?

The “self-taught linguist” of the article’s title is Frank Siebert (1912 – 1988), self-taught anthropologist, ethnographer, bibliophile and cranky eccentric, who documented and analyzed the Penobscot language for decades. He was so certain of his scholarship that he once corrected a tribal elder on a point of grammar. (This was neither forgotten or forgiven.)

This article had an additional subtitle: “How to save -or steal- a language”. In what sense did Siebert “own” the Penobscot language? His books (he collected avidly) and papers, auctioned off after his death, generated twelve million dollars which went to his two daughters. Siebert’s Penobscot collaborators and hosts received nothing.

The Penobscot language was declared “dead” before 2000, meaning there were no more speakers for whom it had been a first language. Many Penobscot had been educated in the infamous Indian boarding schools, where only English was permitted. Carol Dana understood the spoken language because she remembered hearing her grandfather tell stories. She and the tribal leaders are committed to bringing back the spoken language and publishing the legends. It’s a complex, long term project.

A language is so much more than grammar and vocabulary. In Penobscot culture, certain stories belonged to certain families, who could grant or withhold the right to share them. Certain stories were restricted by gender. Some were only told during a certain season. Who regulates such uses? What happens when the situation is subject to intellectual property law?

Appointing a “Language Master” is only one of many steps (some controversial) taken by the Penobscot leadership to revive and protect their language. A University of Maine scholar commented

“if…we had never been forced to unlearn our language, we wouldn’t have to this sort of precious relationship with it.”

American law and culture have some catching up to do. I hope Alice Gregory (who has covered a variety of interesting topics in The New Yorker) will continue to write about this in the future.

This book was published in 1938. It’s about half fiction and half ethnography. The combination works! Amazon lists it as being for ages 9 – 12 years, but I wouldn’t call it a children’s book.

The plot… In 1692, an English ship bound for the Jamestown, Virginia, colony (established only 5 years previously) is struck by a storm and young Dickon is washed overboard near what is now the New Jersey shore. He is found by the native Lenape residents and taken to Turtle Town on the western (Pennsylvania) bank of the Delaware River.

Dickon fears for his life, but the village leaders decide he is human (not a demon!) and keep him alive. His initial status is that of a slave or servant.  He is handed over to an old woman who lives alone. She is good natured and instructs Dickon in both Lenape language and a wide variety of skills and chores that are important in the village. Dickon and “Granny”, as he thinks of her, become close, and when she dies, he grieves.

Eventually, Dickon is formally adopted into the community, which numbers (I think) fewer than 100 people. He lives in Turtletown for about two years, before being “rescued” by an English ship.

One thing to keep in mind is how badly the English Jamestown colony was doing at that early date. They were starving on land that supported the native population in good health, and their understanding of the original culture was minimal.

I wondered, as I read descriptions of hunting, gardening and wood gathering, if the Turtletown community described was pushing against its ecological limits.

Dickon Among the Lenapes book is wonderfully descriptive, enhanced by numerous drawings (by Clarence Ellsworth) and maps. Supplementary material includes introductions from 1938 and 1963, plus ten pages of commentary on the Lenape language, with vocabulary. The 1963 introduction was written by Rutgers University scholar Mary Gaver. The curious reader is directed to the New Jersey State Museum in Trenton and institutions in New Brunswick and Newark.

Harrington, who died in 1971, wrote as follows: “To The Survivors and Descendants of the Lenape Who Unfolded to Me Their Heritage, This Book is Affectionately Dedicated”. He names two Lenapes and one Seneca who assisted him in his research and writing. I was surprised that the two Lenapes did not live on historically Lenape land, but rather in Oklahoma and Canada. In addition to the Lenape name “Jiskogo”, Harrington was given names by three other tribes. His field work was extensive and very thorough.

Harrington wrote a second novel describing Dickon’s further adventures among other tribes in the Iroqois Confederacy. I hope to find a copy. 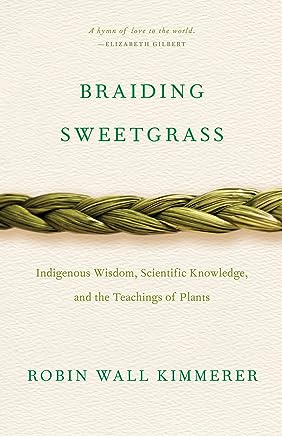