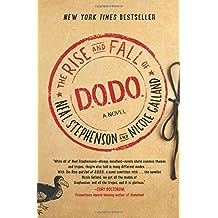 All are LONG. I almost bailed out on Cryptonomicon. Too long, too many characters, etc.  (See my blog entry dated September 27, 2017.)

Stephenson benefitted from having a coauthor on this book (or maybe he found a better and more assertive editor, or maybe he just improved). The story had a more comprehensible narrative course. In the middle, the plot began to wander, but the ending was captivating. And “only” 742 pages!

A recurring theme in D.O.D.O. is language. Protagonist Melisande Stokes is a hardworking graduate student in ancient and classical linguistics when she is recruited by a “shadowy government entity” to translate some very, VERY old manuscripts. Everything about her work is “classified”. Soon she is deeply involved with…time travel and witchcraft!

The authors single out academics and government administrators for scathing parody. If you’ve worked in either of those settings, you may enjoy seeing pomposity punctured.

I haven’t read Nicole Galland, but I’m looking forward to checking out her contemporary and historical fiction. 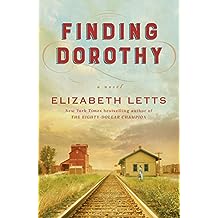 The setting is England (mostly) during the Napoleonic Wars. A number of characters are historical figures, like the Duke of Wellington and members of the British royal family.

Despite the title, there are many more than two important characters in this book, and sometimes I had trouble keeping them straight. Some characters that seem minor become the focus of important plot twists.

The author has a “grand scale” imagination, creating a world in which the supernatural intersects with “ordinary” life. The plot is mostly an adventure story. The language is lively.

Unusual for a work of fiction, this book has footnotes! I skipped them because my e-reader is awkward, but you will enjoy the book more, I think, if you read them as you go along.

Jonathan Strange and Mr. Norrell is long, but you couldn’t do better for a rainy weekend at the beach.

Another post-apocalyptic dystopian Young Adult novel, with a female protagonist. Main themes, magic and ghosts. Some kind of zombies. Also socioeconomic inequality, bonded labor and other glimmers of our current world.

What does the reader get out of this? The heroine has POWER. Not the same kind of magic as her peers, but something that is different and very, very dangerous. And she is entirely independent. I can understand the appeal to young women.

Would a young man read this book? No idea. I just realized I have NO clue what young men read. (My readily available sample size has n=2.) Science fiction, perhaps? But this is not sci-fi but rather fantasy.

This book kept me reading, but I don’t feel impelled to go on with the series. Maybe later.

I took a look at the Amazon entry for this book, and what do I see at the bottom of the description?

Can somebody tell me what this means? Divergent is part of an American education? Why? Is it “literature”? Is it being taught in high schools? It is reasonably grammatical. Is that what it takes to “support the Common Core Standards”?

So why am I surprised? I know that The Giver, also decidedly dystopian, is taught in middle schools.

On the one hand, I’m all for books that youngsters will actually (and enthusiastically) read. I was delighted by the Harry Potter series. But that was FANTASY. It got “darker” as the story line progressed, but was ultimately a story in which good (including hard work, loyalty, intelligence) triumphed. When the last book came out, a friend posted on Facebook “Thank you, JK Rowling, for helping me raise my children”. I know what he meant. I think many families found that Harry, Ron and Hermione became “part of the family”. We cared about them.

The Harry Potter series does not bear the “Common Core Standards” imprimatur, at least not on the Amazon website.

So I guess this means I don’t think every book that gets kids reading is equally worthwhile. What about the Twilight series? Vampire romances… It’s not marked “Common Core Standards”. I think I read one volume and was not impressed. If my child brought it home from high school, I would be on the phone complaining.

So what do I have against Divergent, besides personally finding it depressing? Does it glorify risk taking? If so, is it any different from all the high risk action on TV and in the movies? Here’s an issue – it emphasizes corruption in people in positions of authority, a problem I acknowledge. Would it “push” a person towards conspiracy theory, the fear that ALL authority is hopelessly corrupt? Is it asocial or antisocial?

Enough… I like literature with some element of transcendence. I like to see people learn, resolve, grow, accomplish, and often this takes place in the face of daunting challenges. I suppose I should read the whole trilogy to see if Divergent supplies this. But I’m not sure I want to invest the time.

Does Divergent belong in the high schools? I’d love to hear your opinion! And what’s the BEST (contemporary) book currently being taught?

Recently I prepared for one of my infrequent airplane trips. I was pleased by the prospect of loading my Kindle and taking a dozen books while traveling “light” (always a relative concept). I browsed the Amazon Kindle store and made my selections.

Mine was a “working” trip. Not the same as traveling FOR work, but I was busy. So what did I read in my scant free time? Just one book, A Clash of Kings, book two of the “Game of Thrones” series. Many of my friends are hooked on the TV series, but I’m hooked on the books. Once I watched about five minutes of an episode. It looked like a standard “costume drama”. By now, having finished two of what I think is a six book series, I’m so involved with my own mental images for the characters and action that I don’t think I would enjoy someone else’s visual presentation.

I do wonder how closely the books and TV episodes match. I mean, some of the action seems difficult for TV or a movie. The scene where the “priestess” gives birth to a shadow demon??

I have favorite characters (Jon Snow, Bran, Catelyn) and will even skip around to follow their stories. I can’t wait to find out what’s really going on beyond the Wall. I hope Tyrion turns out to be a good guy.

I won’t download the next book right away, but it’s great fun knowing it’s there for my future indulgence. I’ll have to watch what I read on Facebook, lest I find out too much too soon.