I’m introducing a new category of books – books I haven’t read, but that I know something about. They may be interesting or important to some of you. (Or maybe we should call this “books I should have read, but didn’t”.)

Whistling Vivaldi was published in 2010, and soon after that Richard Stockton College (now Stockton University) chose it for its annual Common Reading, a book chosen for emphasis by first year seminars and related programs, but optimistically pitched to the entire campus community. (I can’t find a historical list of common readings, so I’m working from memory here. Selections have included both fiction and non-fiction.) If Claude Steele was invited to speak at Stockton, I’m unable to find a record of the event. Author presentations are a big event.

So here’s a book from ten years ago about TODAY’S very hot topic, racial justice. Interestingly, Steele uses a term/concept which is no longer seen, “stereotype threat”. What I see in the Contents is an emphasis on IDENTITY. Identity is controversial in academia. Are “identity studies” intellectually valid? How should “identity politics” be studied? The book ends with a chapter titled “Conclusion – Identity as a Bridge Between Us”. This sounds hopeful.

I may yet read this book. Or loan it to the first person who requests it! 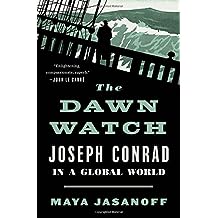 This novel was way ahead of its time – everyone’s into “diversity” and “global awareness” these days. This lively cross cultural romance is too good to miss! It has the added attraction of being a “coming of age” story, likely to appeal to young adults. I plan to nominate it as a “common reading” at the University where I work. (Not that my nominations have gone anywhere…)

Toshi, our hero, is a young manga artist with a passion for American women. He studies English and dates any American woman he manages to meet. His long term best friend is a gay American who reluctantly accepts Toshi’s heterosexuality and coaches him in the nuances of the American psyche.

Toshi has left his remote childhood home for the bright lights of Tokyo, but suddenly his family’s past catches up with him. He has never understood his mother’s sadness, his father’s silence, and their divorce. After his father’s death, his mother reveals her shatteringly traumatic past and the nature of the bond between her and Toshi’s father. So unexpected and profound are her revelations that Toshi must reconstruct his entire identity. By good fortune, his most recent American GF is an ideal partner in this undertaking.

This novel, which received numerous awards, fell through a crack at some point and has been so forgotten that it is not available for e-reader! I trust that will soon be remedied. Wikipedia states that a movie version is pending. I think it will be great! Alan Brown has been more active as a filmmaker than a writer. I look forward to his future work in both of these media.

This is another book that I read because of the Freshman Year Common Reading program at the college where I work. It was either a candidate book or the selected book a few years ago. Later, I will evaluate it according to the system I created and introduced in my post of December 6. (I originally read this book in January of 2013, because someone was giving away leftover copies.)

This book has “curb appeal” because the cover shows a photo of an adorable little girl in formal southeast Asian dress. She looks loved, even pampered. Her name is Lia. Her family came to the US after Laos fell in 1975. Lia was born in the US in 1981. I won’t try to summarize the complicated history of Southeast Asia as America struggled to extricate itself from Vietnam. Lia’s family and thousands of other ethnic Hmong were brought to the US to avoid retribution for having assisted the US military with its activities in Laos.

Lia suffered from epilepsy, and the book is a detailed account of how her family and her doctors tried to heal her. The differences between Hmong traditional medicine (inescapably intertwined with animistic religion) and modern Western medicine were so extreme that communication was almost impossible. Despite everyone’s good intentions, her condition deteriorated over months and years of crisis and intervention.

This book is an example of very high quality documentary writing, and worth careful examination in college courses. Academically, it would be classified, I think, as medical anthropology. It is clear and well organized.

Over time, Lia’s condition spiraled downwards. Eventually, she suffered a prolonged seizure and bout of sepsis (blood poisoning?) which left her severely brain damaged and terribly weak. The doctors discharged her to her parents care, expecting her to die shortly. Against the odds, she survived and in some senses improved, but this was not a “happy ending”. She never fully regained consciousness.

So there are two stories here. The book documents several years of intense struggle to control Lia’s seizures and give her a normal life. After that, Lia survived for TWENTY SIX YEARS under the loving care of her family. Few people in that so-called “vegetative state” live for more than a few years.

So using my rating system:

So, that’s 12 or 13 out of a possible 20 points… But I think this book was a good choice for the common reading. It is challenging, well written and serious.

Last Spring (May 7, 2013, to be exact) I commented on the Common Reading program at the college where I work. The Common Reading is linked to the Freshman Year Experience and to a “convocation” held annually early in the Fall semester.

The convocation was held last week, so the process for selecting next year’s Reading is underway. The list is below. After two years of non-fiction, the committee is looking for a novel. Not a familiar book or author on the list!

1. Me Before You by  Jojo Moyes

3. The Art of Racing in the Rain by Garth Stein